I was excited when Apple first announced Playground. After updating to the latest Xcode (at that time), I hurried to type some code in it and amazed by its instant output, then it crashed like after 10 minutes, wtf Apple?!

Playground is a great place to test out small chunk of code as you dont need simulator to see the output and the output is almost immediate. The problem with it is that it crashes really often and causes your mac fan to spin loudly.

One reason Playground eat up CPU usage is because it will auto build and run your code every few seconds / keystroke. To reduce CPU usage, simply turn off auto run by selecting Manually Run like this : 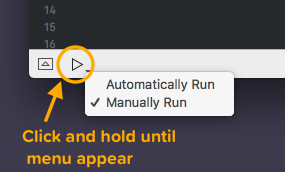 Then you can click the same button (▶️) again to run the code when you have finished typing. This should reduce crash frequency in Playground and also lower the CPU usage.

Now you can run the code in Playground by pressing the shortcut key you have just set.

You might be used to press ⌘R to run Xcode project code and want to use back the same key to execute Playground code as well.

Sadly, an error will occur when you try to map ⌘R to Execute Playground as this key has already been mapped to "Run" :

You can get around this error by using the macOS system keyboard shortcut setting to override it.

You should see the 'Execute Playground' shortcut key created for Xcode like this : 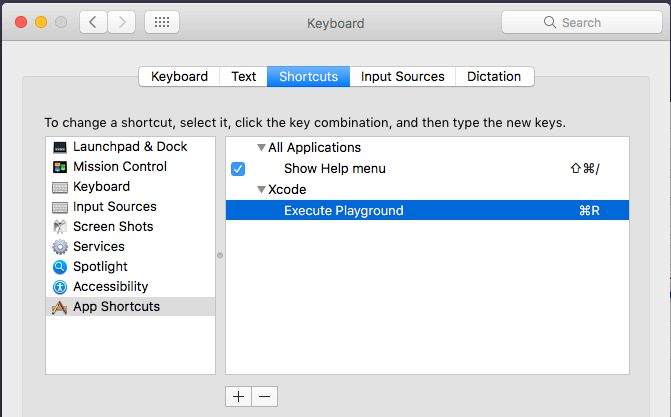 Now you can execute the Playground code by pressing ⌘R just like in normal Xcode Project!

I often use Playground to test JSON response received from a web API, it's really fast to test without having to open simulator.

Let's say we have a URLSession code to get Car JSON data like this in Playground: 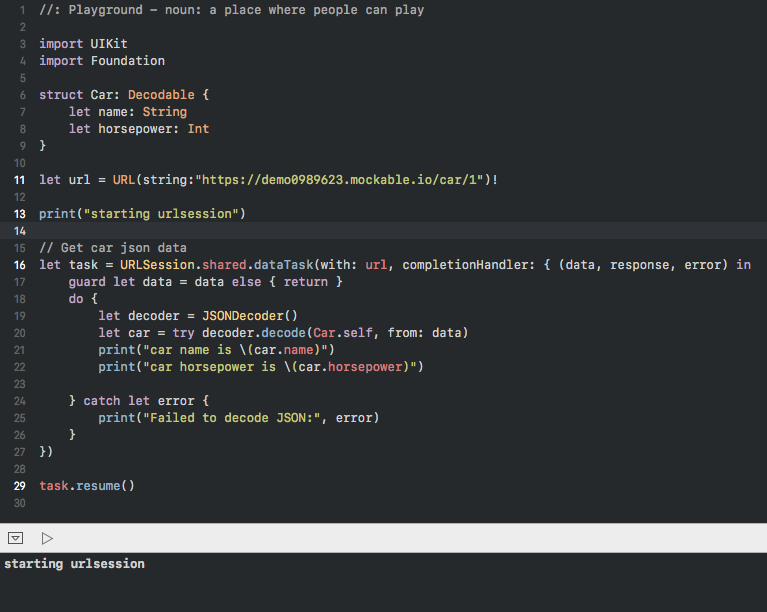 After executing it, you will notice that the response data is not shown in the console log, but when you try it in a Xcode project, it works! 😫 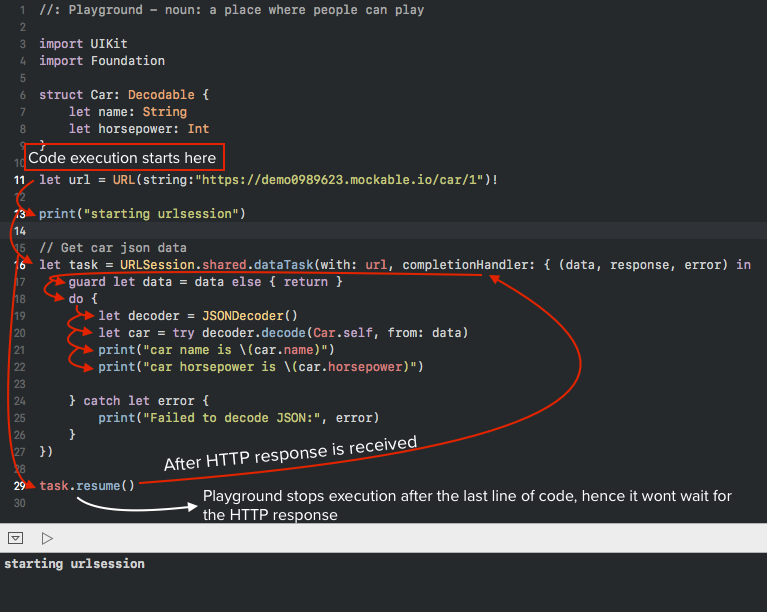 To make Playground wait for the JSON response to return, we can add some code to tell the Playground to keep on running until we stop them :


Now execute the Playground code again and Playground will keep on running, wait for the JSON response to arrive and parse it: 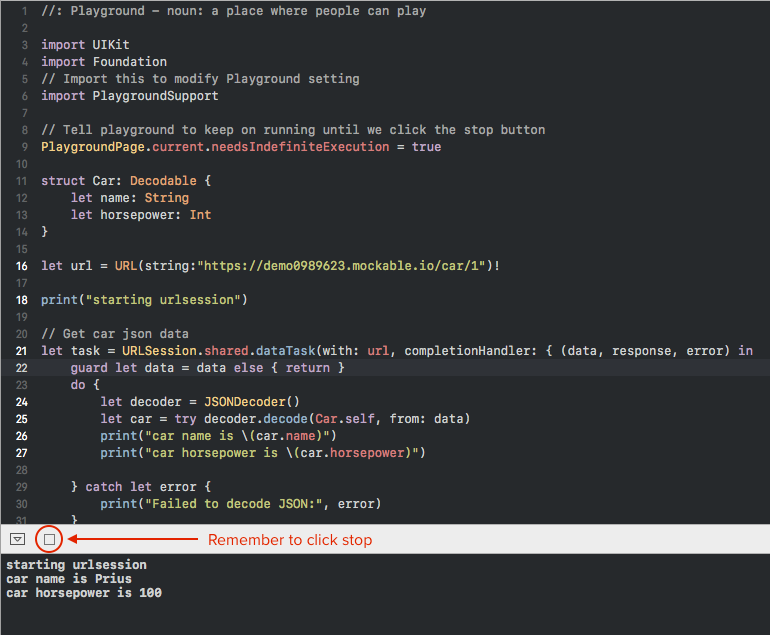 Remember to click the Stop button when you have retrieved the JSON response to conserve CPU usage.

Setting PlaygroundPage.current.needsIndefiniteExecution = true is really helpful when you want to run asynchronous function which the result will not return immediately in the Playground.

Scott has commented about using PlaygroundPage.current.finishExecution() to stop the execution of the playground programmatically so that we don't have to remember to click the Stop button. Thanks Scott!

We can instruct the Playground to stop executing by adding PlaygroundPage.current.finishExecution() inside the completion handler. This will cause the playground to stop running after parsing the received json or after encountering error while parsing json.


Tired of fighting with Auto Layout constraints? Why is it so hard to make a layout to work?! Would using code for UI and constraints make it easier? (No, not really)