How to debug app which got launched from tapping push notification

Fortunately, we can configure Xcode to attach the debugger right after the app is launched by user on the phone. To do this, on the top menu of Xcode, select Product > Scheme > Manage Schemes ... 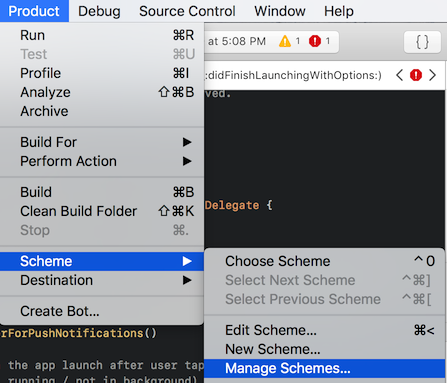 On the left sidebar, select "Run", then on the right panel, select "Info", and check "Wait for executable to be launched"

Now when we press the ▶️ button on Xcode, we will see that the Xcode is waiting to attach :

Seems good! When we launch the app from phone manually, the text will change to "Running on device".

After attaching the debugger to the app, you will notice that the print() statements doesn't output anything to the Xcode console, what happened? 😱 When we launch an app without attaching a debugger, the app will record the log in the device instead of outputting it to Xcode console. In this case, the output of print() statements are saved inside the iOS device logs, we can access it by plugging the device to Mac, open Xcode > Windows > Devices and Simulators. 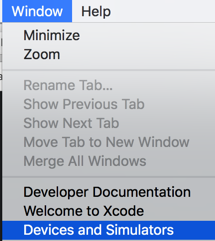 Checking device logs manually can be troublesome as it might have tons of littered logs inside.

As the log will be printed to the device log instead of Xcode console, we can use breakpoints as a workaround to print stuff on the Xcode console.

Click on the line number that will be executed to make a breakpoint, when the code execution passes through that line, the breakpoint will be triggered.

After creating the breakpoint, right click on it and select Edit breakpoint… ,

Select Log Message for the action, and type in the message you want to log in the console.

Tick the 'Automatically continue after evaluating actions' so the code execution will continue as normal instead of being paused. 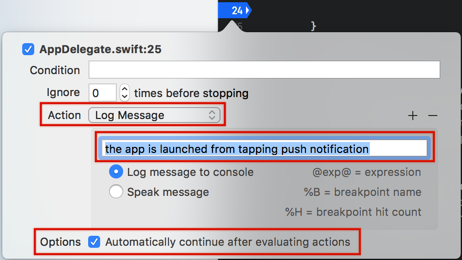 Now when we press the ▶️ and manually open the app on the device, the log appears! 🙌