This is the first part of Making Sense of Auto Layout Series.

Before we dive into Auto Layout, lets look at how User Interface is designed prior to Apple inventing Auto Layout concept.

In the early days of iOS development, developing UI for iOS app is pretty straightforward as there is only one screen size (From the first iPhone until iPhone 4s, their screen resolution is 320x480). In 2010 Apple introduced the iPad (resolution is 1024x768) , it was still manageable at this point, most developer just develop two separate UI (or app), one for iPhone and another for iPad. 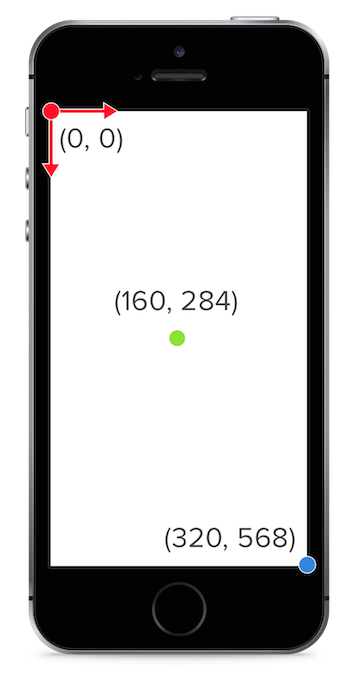 We can create a UIView and define its x, y, width and height like this : 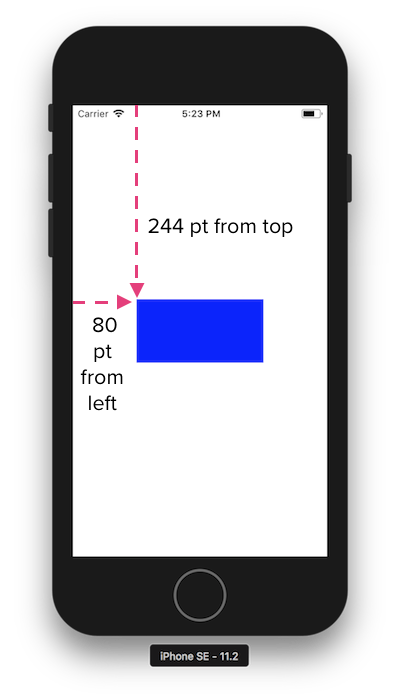 I have precalculated the position so that the rectangle is placed in the center of the view (horizontally and vertically). It is centered nicely in iPhone SE, but when you view it on iPhone 8 Plus, it is positioned upper left from the center because the iPhone 8 Plus screen width and height is larger than iPhone SE, like this : 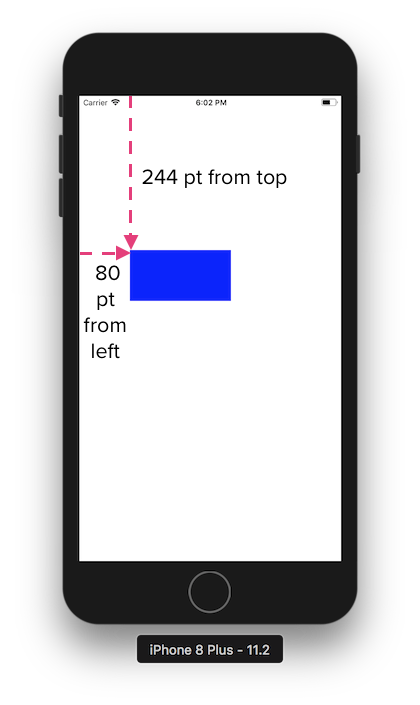 To accommodate for iPhone 8 plus screen, you have to adjust the x,y position of the view to get it to the center of the screen. Without using Auto Layout constraint, the code might look like this :


To solve this problem, Apple has introduced Auto Layout with constraint based approach so you wouldn't have to purposely accommodate each screen size differently.

Things start to get complicated after iPhone 5 is released, then iPhone 6 and 6 plus... and then iPhone X , its certainly possible to design multiple UI layout to fit each of them, but its a pain in the ass to do so. In my previous work, I inherited a project that has a storyboard for each of the iphone screen size (iPhone4s.storyboard , iPhone5.storyboard, iPhone6.storyboard and iPhone6plus.storyboard) , it was a nightmare (kill me) and I spent days to refactor them to use Auto Layout.

Auto Layout is a concept which the size and position of all the views in the view hierarchy are dynamically calculated on run time, based on constraints placed on those views.

For easier understanding, lets call the thing that will dynamically calculates the size and position of all the views as Auto Layout Engine.

Following the previous example shown in frame based layout, to position the blue rectangle to center horizontally and vertically using Auto Layout, we add constraints to the blue view in Interface Builder / Storyboard like this : 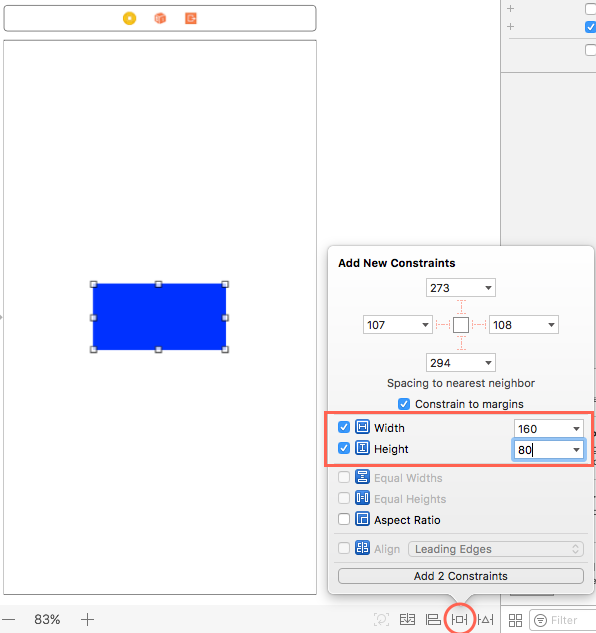 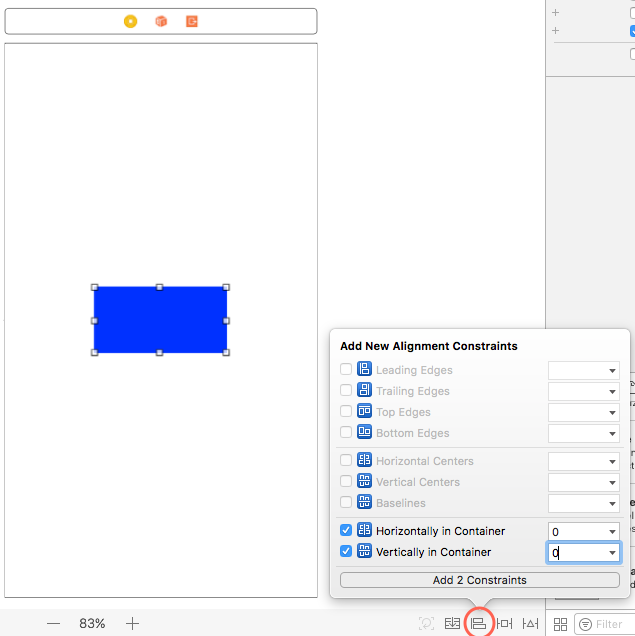 This will set the rectangle size (width and height) and also center it both horizontally and vertically to the screen. The constraint works across multiple devices seamlessly like this : 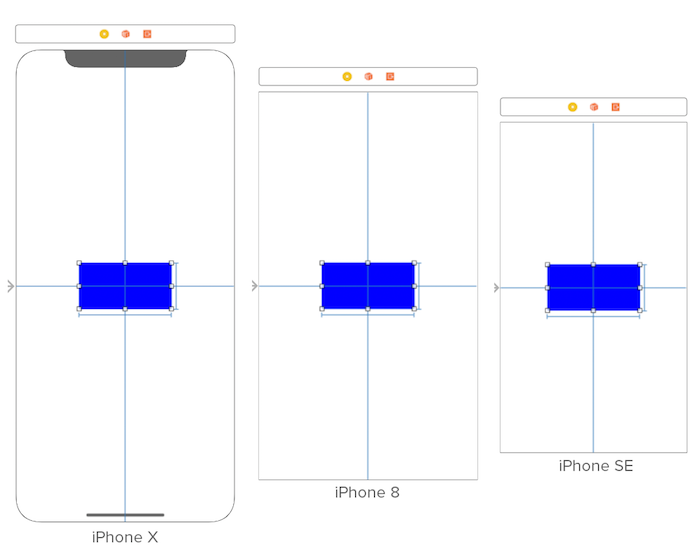 When your app is launched in iPhone X, Auto Layout Engine know that the point resolution of iPhone X is (375x812), then it will calculate

To position the blue view nicely in the center, Auto Layout Engine will use the width and height of the blue view to calculate what position it should place the blue view on, its calculation formula might look like this :


Now when you launch your app in iPhone 8, Auto Layout Engine will use the point resolution of iPhone 8 (375 x 667) and calculate the center points and position of the blue view again using the formula above.

Since Auto Layout Engine always calculate the position of the view before rendering it on screen, you can rest assured that the layout will work nicely if you define the all the constraint correctly.

Other than different phone size, Auto Layout will also recalculate position and size of a view when the followings happen :

Imagine manually writing code to handle all of above situation, it must be hell lot of work. Auto Layout allows us to save a lot of time on designing UI.

We will look into how Auto Layout Engine work in detail in the next post.