What is constraint priority and how to use it

This is the sixth (also last) part of Making Sense of Auto Layout Series.

Previously, we have explained what is intrinsic content size and the usefulness of it. In this post we will look into what is constraint priority and how to use them. 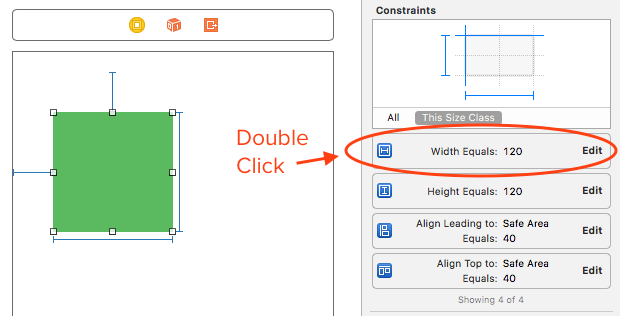 You can see there's a field named "Priority", this is the priority of a constraint.

Constant priority is a number to determine how important is that constraint. The number can range from 1 to 1000, the higher the number goes, the more important a constraint is.

If there are two conflicting constraints with the same priority number (making it a tie), Xcode will show you red lines with numbers.

On the other hand, constraints with priority less than 1000 (1-999) are called as optional constraint as it might be ignored in favor of other constraint which have higher constraint priority.

When you normally create a constraint (Xcode default set it to 1000 priority, mandatory constraint), it will show as a blue solid line like this :

If you change the constraint priority to any number lower than 1000 (optional constraint), it will show dashed line like this :

Lets use an example similar to the one we used in the chapter why conflicting constraint happen.

Here's a green view with some constraints defined, it works good on iPhone SE : 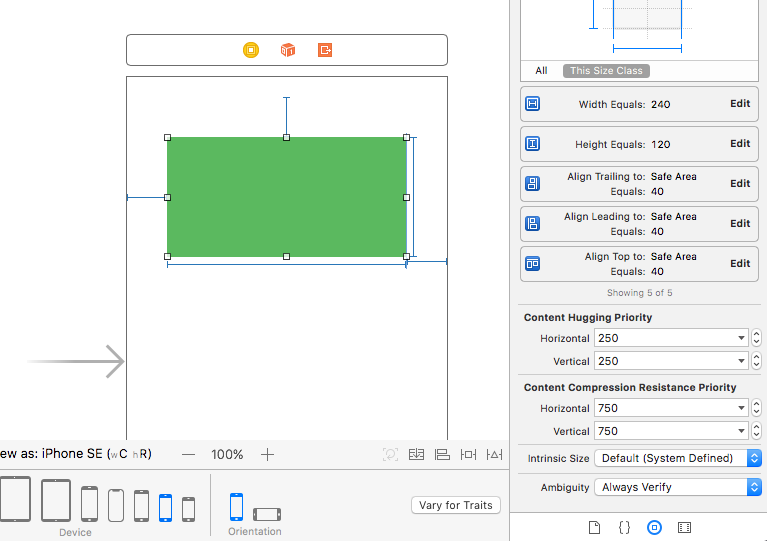 If you have read the chapter "Why conflicting constraint happen" previously, you know that constraint 1 and 3,4 will be conflicting on another screen size.

In iPhone SE, its screen width is 320 pt. Auto Layout Engine will use the screen width minus leading space and trailing space to calculate the width of the green view :

But when we view this layout in iPhone 8 size, Xcode will complain that theres conflicting constraints : 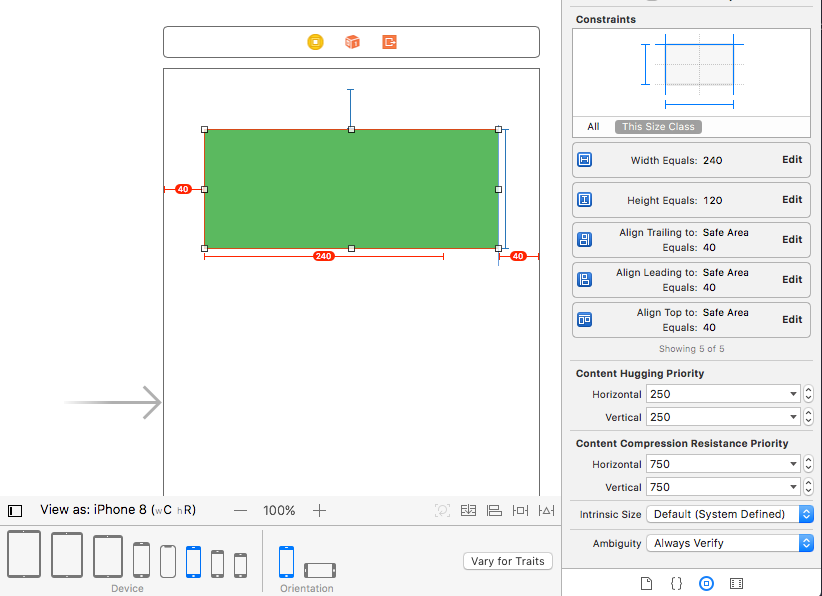 It's conflicting because iPhone 8 screen width is 375. By using the leading and trailing constrains defined, Auto Layout Engine calculated that the width of green view :

Lets set the priority of the explicit width constraint to a lower value, say 900.

This will solve the conflicting constraint so Xcode will show blue lines : 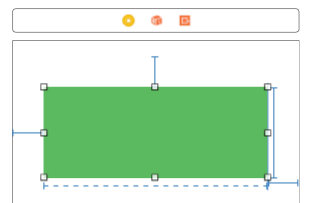 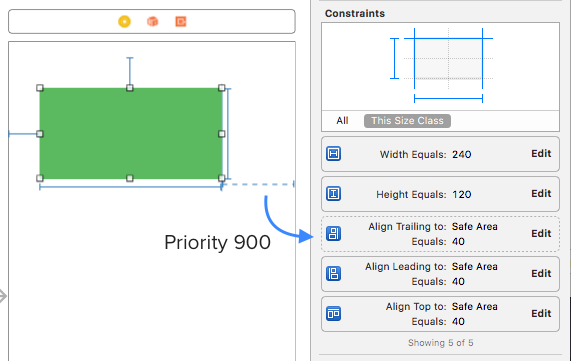 eg: You can set a constraint that specify the view height must be larger or equal to 120 pt.

Thanks for taking the time to learn about the fundamentals of Auto Layout. I hope this series has helped you on understanding why layout error happens and how to solve them. If you have any questions, feel free to leave a question in the comments.

Can't wrap your head around Auto Layout and want to strangle it because it made your UI look like a mess? Check out Making Sense of Auto Layout book + case study!

I think you would like this book since you have read so far for this Auto Layout Series 😆.

Check out the Auto Layout Book


I have also made a checklist for troubleshooting auto layout / constraints problem which might be handy to refer at.